HPLC columns are an important part of the HPLC system and are being used more and more because of their speed, separation, and sensitivity. They need to be used with care and must be maintained after use to avoid problems with the next use. Frequent replacement of chromatographic columns is very expensive, so in order to save costs, the life of the column needs to be extended to a greater extent. At the same time, the column must be carefully maintained to maintain accuracy and consistency each time results are obtained. HAWACH has summarised 7 misconceptions about column use that will hopefully extend the life of the column. 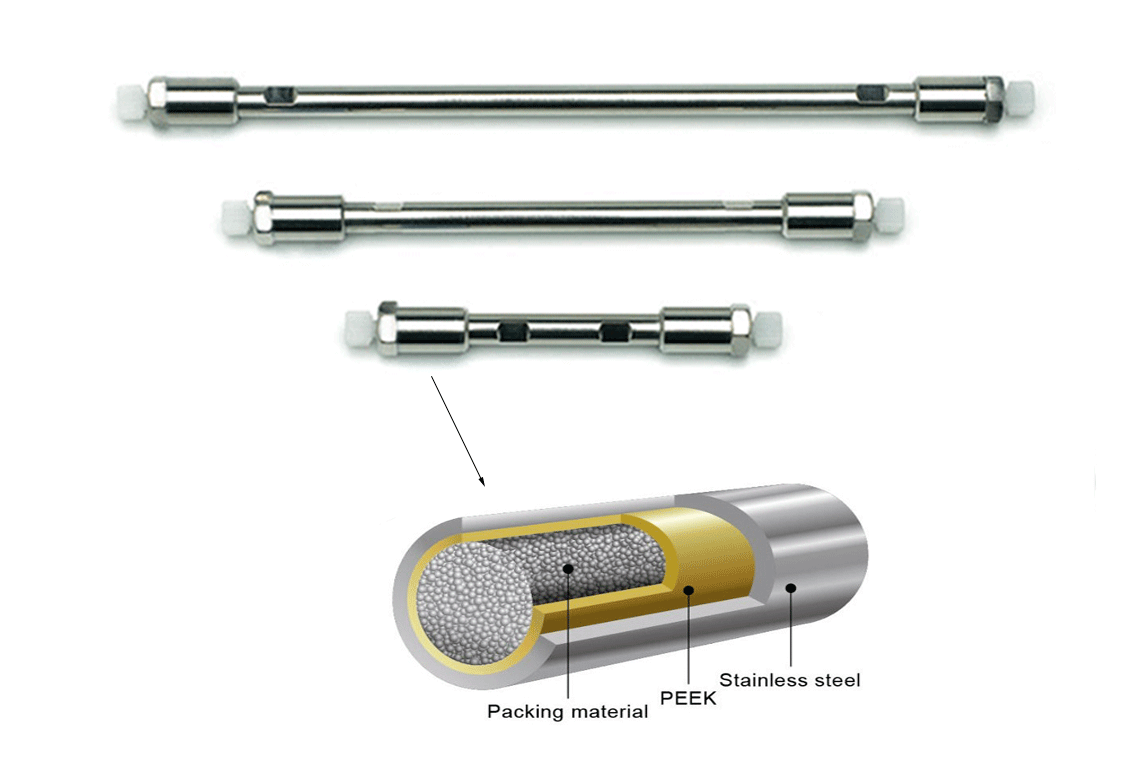 Mistake 1: HPLC columns should not be back blown
In general, liquid chromatography columns are designed to withstand pressures well above the maximum working pressure. When replacing the column, back blowing can remove some adsorbed substances from the column head, and we flush out these residuals to prevent the pressure from rising. However, if you buy a column that uses a large particle-size packing in the column head, this packing will be flushed out during back-blowing. It is therefore important that you check the liquid chromatography column you are using before choosing whether or not to back blow.

Mistake 2: All C18 columns are the same
In the early days of HPLC systems, C18 was the bonded stationary phase for standard reversed-phase chromatography and therefore C18 was used as the standard for reversed-phase columns. However, times do not stand still. The pursuit and understanding of science became more sophisticated, more stationary phases emerged and many C18 HPLC columns were born. Although silica gel is also used as a matrix, each has its own specific filler bonding synthesis process and therefore different chromatographic performance. So just because the names are all C18 columns, it is wrong to assume that the performance is the same.

Mistake 3: Once air enters the HPLC column, it will be damaged
We all know that when the column is not connected to the chromatograph, it is important to ensure that the column is sealed tightly. However, in practice, even if a small amount of air enters the end of the column, it is not a major problem. When a column is used in connection with a chromatograph, the air is forced out by the solvent for a short time during the initial pressurization of the system. Therefore, do not assume that the column is damaged simply because a small amount of air has entered the column.

In this case, by installing an analytical protection column in front of the column, they can be prevented and the column protected. Adding or replacing a protective column costs very little compared to replacing an expensive analytical column. Liquid chromatography guard columns have virtually no dead volume and are easy to replace. Suitable for high pressures in UHPLC systems, trapping compounds that are strongly retained and not adsorbable. Filtration of the sample and mobile phase maintains the ability of the guard column to adsorb chemical contaminants, maintaining column efficiency for longer and extending the life of the column.

Mistake 6: The smaller the particle size and the higher the column packing pressure, the better the separation
The performance of chromatographic columns cannot be evaluated simply by whether the packing is ultra-small in particle size and ultra-high in column pressure. Modern research into column properties is becoming more and more advanced and a number of methods have been developed to improve the efficiency of chromatographic columns. For example, the column efficiency of new surface porous material columns is very low compared to conventional columns, which have very low column pressures.

Mistake 9: HPLC columns should not be reversed in order to flush out the particulate matter
In reality, HPLC columns are filled at much higher pressures than the maximum operating pressure (usually 2 times higher). A well-filled column can be used in both directions if the column is loaded with the appropriate homogenizer and the column bed is allowed time to stabilize.

How to Improve HPLC Column Efficiency?